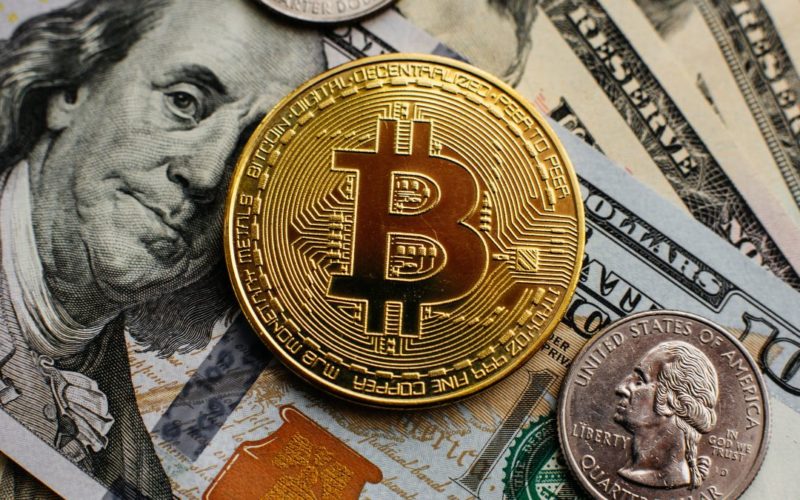 What Is a Central Bank Digital Currency?

Bank of the nation Digital currencies are digital tokens issued by a central bank; they are digitally comparable to cryptocurrencies. They have a value that is directly proportional to the value of that nation’s fiat currency. Many nations are working to build CBDCs, and several of them have even started using them. Because so many nations are investigating different approaches to switching to digital currencies, it is essential to understand what these currencies are and what they imply for society.

The term “fiat money” refers to a currency issued by the government but not backed by a tangible commodity such as gold or silver. It is a legal tender that can be used to make transactions for purchasing or selling goods and services. Banknotes and coins were the traditional forms of fiat money. However, technological advancements have enabled governments and financial institutions to augment physical fiat money with a credit-based model in which balances and transactions are recorded digitally.

However, the use of physical cash has significantly decreased in certain affluent countries, and this trend has intensified after the COVID-19 pandemic. Despite this, physical currency is still commonly traded and accepted.

There has been a recent uptick in interest in cashless societies and digital currencies, which can be attributed to the development and proliferation of blockchain technology and cryptocurrencies. As a result, governments and central banks worldwide are investigating the prospect of utilizing digital currencies that the government backs. In the same way that fiat money does, these alternative currencies, when and if ever deployed, will have the complete confidence and support of the government that created them.

The Objectives of the Central Bank About Digital Currencies

Many people in the United States and other countries do not have access to financial services. Only five percent of the adult population in the United States does not have a bank account. Even if they have bank accounts, an additional 13% of individuals in the United States use more pricey alternative services such as money orders, payday loans, and check-cashing services. The primary objective of CBDCs is to offer privacy to businesses and customers while facilitating transferability, ease, accessibility, and financial stability. CBDCs can decrease the maintenance required for a complex financial system, reduce the costs of international transactions, and provide individuals who currently use alternative methods of money transfer with options with lower prices.

Additionally, using digital currencies in their present form would be less risky if central banks issued their digital currencies. The value of cryptocurrencies is consistently shifting and is subject to significant volatility. This volatility might put a significant amount of financial strain on a large number of households and affect the economy as a whole. CBDCs would provide homes, consumers, and companies with stable ways to transfer digital currency. They would be backed by a government and administered by a central bank.

Could CBDC be considered a Decentralized Digital Currency?

The ecosystems surrounding cryptocurrencies offer a glimpse of an alternative monetary system in which onerous restrictions do not control the terms of individual transactions. They are difficult to copy or forge and are protected by consensus procedures that make manipulation difficult or impossible. Central bank digital currencies are planned to operate in a manner analogous to that of cryptocurrencies; nevertheless, it is possible that they will not call on utilizing blockchain technology or consensus processes.

In addition, there is no central authority or regulation over cryptocurrency markets. Their worth is determined by how investors feel about them, how often people use them, and how interested people are in using them. They are unstable assets better suited for speculation, making them unlikely candidates for use in a financial system that demands stability. This is because the system requires stability. CBDCs are designed to replicate fiat currencies’ value and are intended to be stable and risk-free investments.

CBDCs are no threat to crypto.

The Chief Executive Officer of Binance stated that CBDCs and cryptocurrencies have a place in the industry and that he did not view the trend as a threat to either his company or the industry.

It would appear that Binance CEO Changpeng “CZ” Zhao has moderated his attitude on central bank digital currencies (CBDCs). He recently argued at a conference that he does not believe CBDCs to be a danger to his company or the cryptocurrency industry as a whole. On November 2nd, CZ gave a presentation about CBDCs and their role in cryptocurrency at the Web Summit in Lisbon.

The CEO of Binance stated that CBDCs would confirm blockchain technology and increase trust among individuals who have worries about the technology. He commented: “I very much think that the more we have, the better.” According to Reuters, he also stated that the adoption of blockchain technology by governments would be regarded as a positive development. However, he clarified that blockchain technology is not the same as cryptocurrencies, which he described as “deflationary.” Compared to his prior attitude on CBDCs, CZ has moderated his opinions. During the previous year, he stated that they would never be able to provide the same freedom as cryptocurrencies like Bitcoin and Ethereum. At that moment, he stated that “the majority of central bank digital currencies are likely to have control linked to them.” There is a race being run by central banks all over the world to investigate, pilot, and eventually deploy their own CBDCs. Some view China as being in the lead in this race.

He hypothesized that a CBDC tied to digital ID might be used to clamp down on dissidents or limit expenditure on environmentally friendly products. According to the sources, Turkey intends to establish a digital ID-linked CBDC in 2023.

According to the Atlantic Council, CBDC pilot programs are currently being conducted in 15 countries, including China, Kazakhstan, Thailand, Saudi Arabia, South Africa, and Russia. Nigeria, Jamaica, The Bahamas, and eight other Caribbean island nations are among the other countries that have put a CBDC into operation. The United States of America is behind the rest of the world because it is still discussing a digital dollar, and Americans’ reactions to the prospect of having a digital dollar have been generally mixed. The International Monetary Fund (IMF) highlighted programmability as a quality of CBDCs that could lead to “financial inclusion” back in October. On the other hand, the contrary may very well be the case.

Using the Allegory crypto news aggregator, you can stay current on the latest developments in the cryptocurrency world and developments in CBDCs; here is a link to our tool: https://algory.io/?type=news