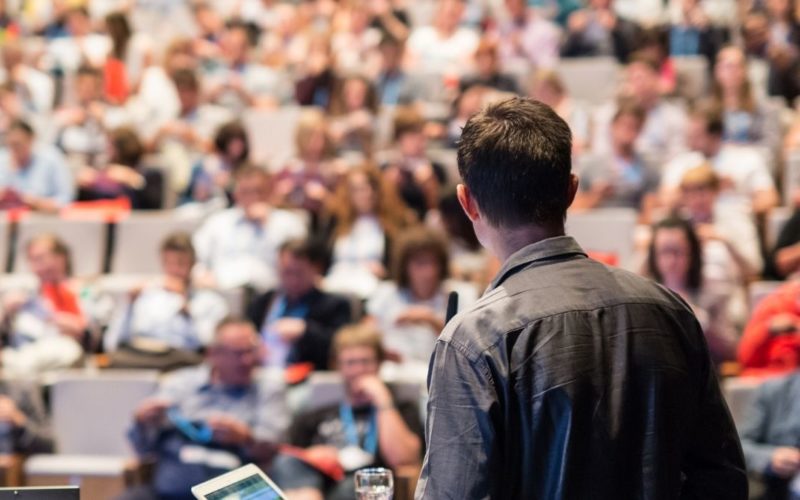 Positive crypto events that shape the industry’s animal spirits can inspire confidence in the sector and influence price action in various ways. Experienced investors using crypto market news scanner tools such as Algory will learn about these crypto events early in the game and pitch tent, awaiting the hype cycles they create.

These savvy investors will also anticipate the “trough of disillusionment” that follows these peaks and adjust their investment strategy to avoid losses. While this article is not financial advice, you too can combine knowledge of the main factors that drive digital currency price action and research and reap profits from the market.

CoinDesk’s Consensus is one of the most significant crypto events in the sector’s calendar. Consensus is a celebration of everything crypto and brings together some of the sector’s most brilliant minds fostering innovation and cooperation.

CoinDesk, the host, is a pivotal crypto, blockchain, metaverse, NFT and Web 3 digital news platform. It hosted the first-ever Consensus conference in September 2015, making it one of the world’s most influential and longest running crypto events. Therefore, it is not surprising that bitcoin prices increase in value after each annual Consensus.

For example, in 2015, the digital currency increased by 23% after the meetup. One thousand five hundred crypto enthusiasts had attended the conference that year.

Also, attendees will experience other highlights that include the Money Reimagined Summit, Creator Summit, NFT Gallery, and DAO House. In its 8th run, the conference forms part of the Blockchain Week in the city that hosts it.

Blockchain week events also occur in other parts of the world, impacting cryptocurrency prices positively due to increased media coverage. To illustrate this point, the cost of BTC, the largest blue-chip coin, surged by 69% after 2017’s blockchain week.

Then on May 11, 2018, Blockchain Week’s annual event kicked off in New York City. Some of the biggest influencers and enthusiasts in the cryptocurrency world attended the week-long event. Prominent attendees included St. Louis Federal Reserve Bank President James Bullard, European Parliament member Eva Kaili, and Twitter CEO Jack Dorsey. CoinDesk’s bitcoin price was $6,070 on August 11, 2018. By the end of the week, it rose to $6369.08.

The convention enjoys a lot of media coverage and has a brilliant star-studded lineup of speakers. There is also a lot of innovation on display from Bitcoin developers and crypto firms. The Bitcoin Conference gives cryptocurrencies more exposure from Google ads that target US consumers.

The 2022 Bitcoin took place in Miami from April 6 to 9. Bitcoin maximalists flocked to the conference, spending $1,499 on tickets. Some attendees paid for the whale pass, a highly coveted orange bracelet that gives its wearers access to premium treats like an extra day of speakers, exclusive parties, and a private area in the convention hall, complete with a free bar. On the first day of the conference, it was retailing on Eventbrite for $21,000 and a $529 transaction fee.

Over 12,000 attendees spent the two-day convention sending crypto from wallet to wallet and closing business deals in between listening in on panels and speeches.

Also, the conference attracted participants from countries with high inflation and those who embrace bitcoin use cases—attending including Venezuela, Cuba, Turkey, Nigeria, Lebanon, and Iranian crypto enthusiasts.

The dominant themes included bitcoin mining and the Lighting network. The Lightning Network, a payments platform built on bitcoin, enables instant transactions. Square and Twitter CEO Jack Dorsey went through a transaction on the LN while on his primary stage talk with Alex Gladstein of the Human Rights Foundation. Elon Musk, however, was conspicuously absent from the event.

However, the June 3 to June 5 2021, Miami Bitcoin conference had a positive effect on crypto prices. BTC, for instance, was trading 4% higher at the start of the convention.

The Avalanche Summit is a researcher and developer conference for the Avalanche blockchain builder. It brings innovators together, supporting the development of Web3 technology. The summit also has a Hackathon and DevCon passes that give its attendees access to the Summit. The last Avalanche Summit took place in Barcelona from March 22 to 27, 2022.

Over 3500 participants, a mass increase from last year’s 500 attendees, attended the Avalanche blockchain conference. Its attendance was also higher than that of its rival event, the Solana Breakpoint conference in Lisbon in 2021. It had 2000 attendees.

Among those who attended the 4-day conference was Sean Farrell, head of the digital-asset strategy for the independent investment research firm FundStrat.

A ticket cost $600 at the Avalanche blockchain conference, a cheaper price tag than Solana’s conference, whose tickets sold for $1,000 and $4,000 for VIP passes.

The event brought a halt to the AVAX price plunge that had been on since the beginning of 2022. Before the summit began, AVAX prices jumped by 25%. On August 22, it was $86.50. It reached its peak the same day at $88.62. By the end of the summit, its price was $86.33, making the Avalanche Summit a significant crypto event for the altcoin market.

The savvy trader can stay on top of the news that impacts the altcoin market via the Algory crypto news aggregator. The Algory Crypto News Aggregator Mobile App will keep you up to date on the go, helping you monitor crypto events for ultra-fast decision making.

The EthCC is Europe’s largest Ethereum event. It is a 3-day event that brings together the Ethereum based network for conferences, innovation and learning opportunities. The EthCC5 Week 2022 will occur in Paris from July 19 to 21.

EthCC events are low key and quite the opposite of the loud Bitcoin Miami conferences. However, they also have a significant impact on ether prices. As an illustration, the EthCC4 Paris event, from 20 to July 22, 2021, renewed ether’s price strength in a downturn.

At the start of the conference, ETH was retailing at $1787. However, its prices rose to the $2000 range after the meeting. The prices kept growing afterwards following the announcement of the EIP-1559 London hard fork upgrade on August 4 at the conference.

These crypto events cause divisions amongst blockchain networks and could lead to lower valuations of network liquidity. As an illustration, following the 2017 DAO hack, Ethereum split into the Ethereum Classic and the Ethereum network.

This crypto event almost brought the fledgling smart contract network to its knees. After the June 18, 2016 hack, ETH prices dropped from $20 to $13. Ethereum executed its hard fork in July, leading to a slow but sure recovery of prices.

Blockchain upgrades or hard forks can also positively drive digital currency price action. For example, Ethereum developers have worked tirelessly for the much-anticipated ETH 2.0 upgrade. This upgrade will maximize the number of transactions per second the blockchain can handle and reduce its legendary congestion.

Also, the ETH 2.0 upgrade may help quicken settlement speeds and cut transaction fees. An upgrade, dubbed the “Ethereum Merge“, will come into effect by June 2022. This event could lead to a significant price hike in ETH.

Fortunately, the Algory crypto news aggregator gives traders effortless access to these crypto events, giving them a heads up on cryptocurrency movements. Use the Algory news and crypto scanner and the Algory blog to catch up on all crypto events and reap the most benefit from their positive price movements.