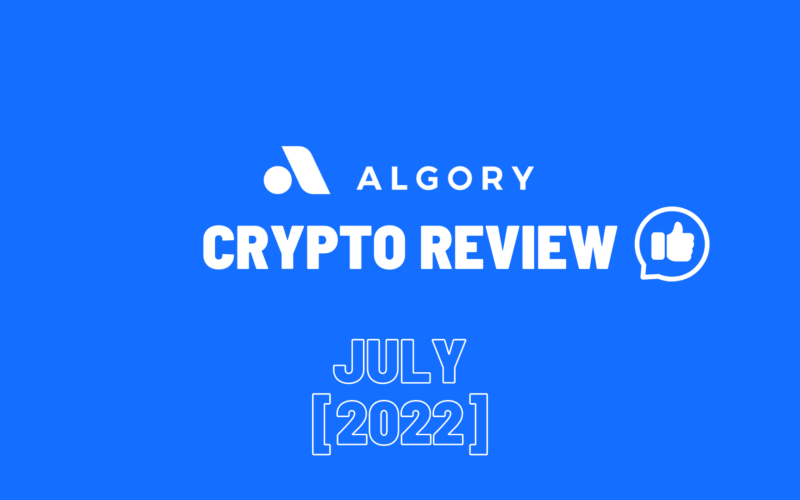 It has been quite a rough year for every investor but particularly for crypto investors. Between Jan and July alone, BTC’s price dropped by over 50%. The price at the moment is not anywhere close to its all-time high of $68,000 in November 2021. Ethereum has also followed suit and so have many other cryptocurrencies.

We continue to see several crypto companies announcing layoffs, freezing their withdrawals, and even filing for bankruptcy due to extreme market conditions. Investors are wrestling with high inflation, the war in Ukraine, as well as shifts in monetary policies among many other things. The crypto market has been tracking with the stock markets which is interesting because the two are not usually correlated.

Experts are warning that the worst is yet to come and that the prices could drop even further. This recent market crash is just a reminder for the investor that cryptocurrency assets come with extra risk and volatility. We are in a time of economic and political uncertainty and therefore investors are advised not to make financial decisions based on news-related hype or panic.

What is the latest cryptocurrency news from July and what should an investor make of it?

According to an official statement by Tesla, the electric vehicle maker was able to offload most of its BTC reserve in Q2. They stated that by the end of Q2, they had converted approximately 75% of their Bitcoin purchases into fiat currency. The conversion within that period added $936M of cash to their balance sheet. According to the statements, the company’s net Bitcoin holdings were relatively stable for three consecutive quarters. By the end of March, they had $1.261 billion worth of digital assets on their books. Following the liquidation, the firm now has $218 million in digital asset exposure.

According to Tesla, this Bitcoin sale amounted to a $64M profit. The company’s decision to offload most of its BTC treasuries netted them a hefty profit in Q2 even as crypto prices plunged into a bear market.

The US authorities arrested the former Coinbase manager with claims of insider Crypto trading. Three people allegedly purchased certain tokens in advance using their Ethereum wallets. This happened with at least 14 separate Coinbase public listing announcements. The authorities brought charges against three people one of whom was a former product manager at Coinbase Global, Ishan Wahi.

These three were accused of being part of a scheme to commit insider trading using crypto. The other two were Nikhil Wahi who happens to be Ishan’s brother and an associate Sameer Ramani. The three allegedly used confidential information that Ishan obtained from the exchange regarding which tokens would be listed on the exchange to make roughly $1.5 million in gains from trading 25 different cryptocurrencies.

Ishan had access to certain information on listing cryptocurrencies on exchanges controlled by Coinbase in his position. He held this position between August 2021 to May 2022, which coincidentally was the period that encompassed the launch dates of the tokens. Ishan passed on the information related to the launch date of tokens to his brother or Ramani to invest in the coins before an anticipated price jump due to a major exchange like Coinbase listing the asset.

The trio allegedly used the insider trading scheme on at least 14 separate Coinbase public listing announcements, using multiple Ethereum Blockchain wallets to make and transfer the purchases, and accounts at centralized exchanges in the names of others.

Authorities arrested Ishan and Nikhil in Seattle on Thursday while Ramani remains at large.

Amid the recession, a Brazilian soccer team signs its first Argentinian cryptocurrency player. This is quite a big deal because people expected the possibility for Argentinian footballers to get signed by international teams to reduce as the exchange rate gap between the US dollar and Argentinean pesos continues to worsen.

Finally, Argentina’s economic restrictions have reached the sports industry. News of the first signing of a local football player with crypto hit the national headlines. Midfielder Giuliano Galoppo was transferred from Banfield’s Athletic Club to Sao Paulo Futebol Clube in a USDC deal of around $8 million. This exchange was made possible with Bitso which is a Mexican exchange.

The transfer took place amid a very difficult economic situation for Argentinian sports clubs. The increasing exchange gap between pesos and The US dollar keeps growing, consequently affecting the possibility for football players to get signed by international; teams. This, therefore, induces them to renegotiate their contracts to adjust their salaries to the volatile USD price. The country’s unstable economy has led to a major adoption of cryptocurrencies, particularly stablecoins.

Crypto enthusiasts all over the world are thrilled by a new social app that helps Bitcoiners to meet and even find love. The new Bitcoiner Dating services go by the names The Orange Pill App and LoveisBitcoin. The service provides a vast number of ways in which Bitcoin enthusiasts can meet and even fall in love in real life.

The app hopes to bring together like-minded people because money shapes our lives more than we realize. The Orang Pill Experience allows you to see the financial side of your potential partner among other things that are truly valuable such as experiences, family, and friendships. Most Bitcoin investors are generally long-term-minded people who do not succumb to instant gratification and are not victims of “fiat spending habits”. It is therefore amazing for them to meet potential partners who hold similar values.

The meetups don’t have to be romantic, Bitcoiners can simply meet to hang out and have stimulating conversations with like-minded people. The App utilizes geolocation, to connect Bitcoiners who are geographically close to one another. It is similar to Tinder as it can be used for connection, forging friendships, post-conference catchups, and even to find work.

Despite its many merits, the crypto industry is plagued by scammers and thieves in all possible shapes and forms. The US lawmakers are calling upon Apple and Google to provide information on fake cryptocurrency apps. Senator Sherrod Brown clearly stated that the industry should not have to play to the tune of a few malicious individuals.

Google and Apple have been called upon to provide information on ways to prevent certain apps from promoting cryptocurrency scams. The lawmakers are committed to stopping the ongoing trend of cyber criminals stealing company logos, names, and other identifying information which they then use to create fake apps that steal from unsuspecting investors.

This follows a declaration of war on these Apps by the FBI reporting that scammers had pilfered more than $42 million from 244 people in less than a year. In one case, cybercriminals persuaded victims in one instance to download an app with the same logo as a legitimate U.S. banking institution, then encouraged them to deposit cryptocurrency into wallets that were ostensibly associated with their accounts.

Victims would be required to pay taxes on any withdrawals they sought to make using the app. However, even if the victims completed the payments, the withdrawals would still be unable to be made, therefore this was merely another scheme to defraud them of additional money.

Users were excited to learn that Dogecoin has launched a new update to improve security and efficiency. Among other things, this upgrade came with an improvement of the fee mechanisms of DOGE. Dust limits for all network participants have been lowered from 1 DOGE to 0.0q DOGE.

Binance is probably the largest cryptocurrency exchange in the world and it reportedly has a very large number of customers in the Netherlands. Recently, Binance was facing a penalty in the Netherlands after failing to obtain regulatory approval to operate in the country.

A big penalty was applied to Binance because of its large trading volumes; Binance reportedly has a daily trading volume of about $13.7 billion in the Netherlands. The prolonged violations also contributed to the increased penalty.