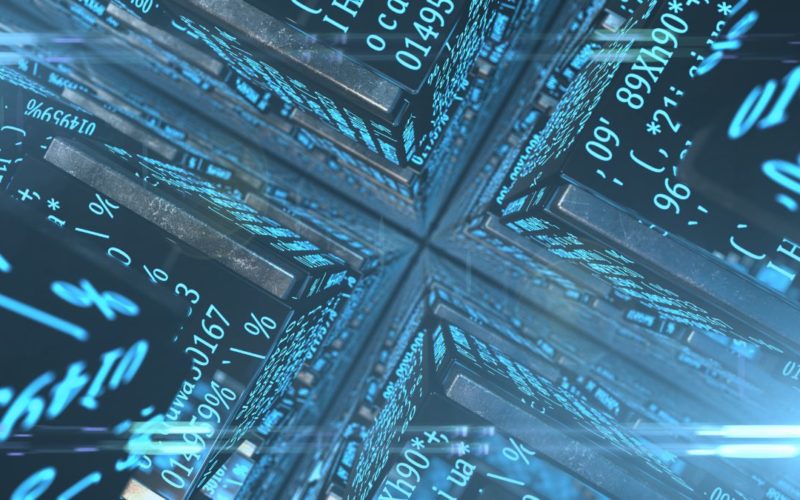 In the modern age, digital applications are part of everyone’s daily life. Office workers use Zoom for participating in conferences, team members use Google Workspace to collaborate on a project, everyone uses Facebook for connecting with each other, kids use them for playing games, and much more.

Now, Dapps are important because they are the advanced version of applications. They have already changed the way applications work, and they have the potential to cause a massive impact on how applications are used.

In this post, we’ll tell you everything you need to know about Dapps.

We’ll tell you what they are, how they work, their benefits and drawbacks, and much more. If you want to know more regarding crypto in general, visit our blog. If you want to read the latest news regarding Daaps, register to our crypto news aggregator.

What Are Decentralized Applications (Dapps)?

Dapps are decentralized versions of applications. In 2014, a report named, “The General Theory of Decentralized Applications, Dapps,” was released.

This was the official report that was created for defining the new model for building applications (Dapps). According to the report, a Dapp must have these features:

Furthermore, the paper has classified Dapps into 3 layers.

Layer 1: These Dapps exist as themselves on their blockchain. They have their consensus mechanism and baked-in rules. Bitcoin, Ethereum, and $SHIB fall into this category. The paper layer 1 blockchains as layer 1 Dapps.

Layer 2: The Layer 2 Dapps are generally built on top of Layer 1 Dapps. These Dapps harness the power of layer 1 blockchain. These Dapps are often considered protocols and they utilize tokens for interactions.

The Layer 2 Dapps are layer 2 blockchain solutions. These Dapps take transactions off the Layer 1 Dapp, process them, and then send the data to the Layer 1 Dapp. This takes some load off the layer 1 Dapps.

According to the paper, Dapps are defined as any product that utilizes blockchain technology. However, it’s worth noting that the term Dapp is usually used for Layer 3 Dapps.

Dapps have lots of benefits and drawbacks. In this section, we’re going to discuss them all in detail.

Less Downtime: Traditional apps only have one server. In case the server faces any problem, the app may stop working until the problem gets fixed. However, this isn’t the case with Dapps.

Dapps don’t have a single point of failure. Thousands of nodes are responsible for running the Dapp, and if a few of them stop working it wouldn’t even have a slight impact on a Dapp’s performance.

Open Source: Dapps are open-source applications. It means anyone from the public can view the code. The user can spot an error within the code, so this makes it easier to trust Dapps.

Simple Procedures: Unlike banks, Dapps don’t have any complex procedures. The users don’t have to fill out any lengthy and complex form and there is no waiting period for approval.

More Privacy: Corporations usually require users to give personal information for getting access to their products. They know what users like to watch, what they want to buy, their income, occupation and more. They also have sensitive information such as usernames and passwords stored in their database.

There have been various incidents when users’ personal information was leaked due to data breaches, and it cost users a financial loss.

Slower Updates: In a centralized organization, making a change is super easy. If a central authority wants to add or remove any features, they can just go ahead and do it.

However, the process is not so simple for Dapps. There is no central authority that can make a change. To even make small changes, there needs to be a consensus among the majority of the members. This makes it quite difficult and time-consuming to make changes.

Lots of Requirements: To even launch a Dapp, the creator has to fulfil lots of requirements. There needs to be a user base, nodes, and a consensus mechanism just to get started.

Difficulty In Accessibility: Getting access to a Dapp is much more difficult than getting access to an app. To use an app all you have to do is download it. However, to download a Dapp you’ll need to perform the following actions:

A tech-savvy user won’t find it complicated to perform these actions. However, it’ll still take longer than simply downloading an app.

As for the non-tech-savvy users, they’ll have to spend a decent amount of time just to understand how to perform these actions.

Not Great User Experience: Dapps don’t have a great user experience. As already mentioned, even accessing them can be quite difficult. To make things even worse, instead of usernames and passwords, Dapps include public and private keys. These keys are extremely difficult to remember than username and password.

So far we have covered what the Dapps are and their benefits and drawbacks. Now, let’s discuss their usage.

In traditional browsers, it’s easy for websites to track user information. Some websites ask the users to give them access to track cookies, while others track the cookies without the user’s consent.

This is not the case with Dapp browsers. Dapp browsers come with integrated info blockers that stop websites from getting access to cookies without the user’s consent.

The users can decide to turn blockers off for specific websites, but by default, all websites are restricted from accessing information.

One more amazing feature of Dapp browsers is that they allow users to earn crypto just by browsing.

Dapps have introduced the Play-&-Own model to the gaming industry. The P&O model allows the players to own the in-game assets. You might be thinking what’s so special about owning an in-game asset? You can own in-game assets in traditional games, and you can even customize them.

The current voting method is inconvenient and time-consuming. The voters have to travel to the polling station, wait in line (sometimes for hours), and often under bad weather.

As for fair elections, here are the two features of Dapps that ensures they are not tampered with:

Decentralization: In decentralized elections, the vote will need to be confirmed by all nodes. This ensures that no entity can cast fake votes.

Immutability: The votes are stored inside the blocks, and once a block is uploaded on the blockchain, it’s impossible to modify or remove its data.

Furthermore, the votes are going to be transparent. So let’s say that if anyone even has a 1% chance of modifying the votes, they won’t be able to get away with it, because everyone will know that the votes have been modified or removed.

While traditional social media has yielded lots of positive results for freedom of speech, it still has some drawbacks. It’s not rare for social media platforms to ban influencers without any reasonable cause.

Dapps’ social media will ensure that people don’t get banned without a solid reason. In Dapps social media platforms, a single entity won’t have the authority to ban the influencers. To ban an influencer, there will need to be a consensus among all the members.

Obviously, this system won’t be perfect but it’ll be much better than giving control to a single entity.

Borrowers: When borrowers take a loan through a bank, they have limited options at their disposal. The bank creates the options, and the borrower can only choose from those options.

Dapps allows borrowers and lenders to discuss and create custom packages. They can decide the amount, interest rate, and timeline.

How to Build A Dapp?

The last thing we are going to cover is how to create a Dapp. There are 7 steps you should take, so let’s discuss each step thoroughly.

Before starting the development, you should find an idea for your Dapp. The first thing you should do is create a list of ideas that you or your team members are knowledgeable about.

This is important because by having more knowledge than your competitors, you’ll have a good edge over them.

Talking about competition, it’s important to understand that the competition isn’t too high.

Lastly, make sure there is a decent demand for the product you want to create.

Once you have found an idea that is worth pursuing, it’s time to start developing.

It’s time to validate the idea of a Decentralized Dapp and find out its potential. It’s best to do the validation with the minimum possible resources, and not spend a huge amount.

In case you’re successful with the Proof-of-Concept, then you should focus on finding the right blockchain.

Make a list of features that you’re looking for in a blockchain, and then find the blockchain that supports all or most of those features.

Ethereum will probably support most of the features that you’re looking for, but it’s best that you should look into other blockchains to find an even better option.

Now, it’s time to develop smart contracts. Smart contracts are self-executing pieces of code that exist on the blockchain.

They are responsible for all the actions you want your Dapp to take automatically, meaning the vast majority of the actions, therefore you should spend a lot of time and resources in developing great smart contracts.

Testing should be performed in the early stages of the Dapp development. Every new feature should be tested thoroughly to make sure there are no bugs or issues with the Dapp.

After testing each feature, it’s time to launch the Dapp. You should upload the Dapp on the platform where the users can download it.