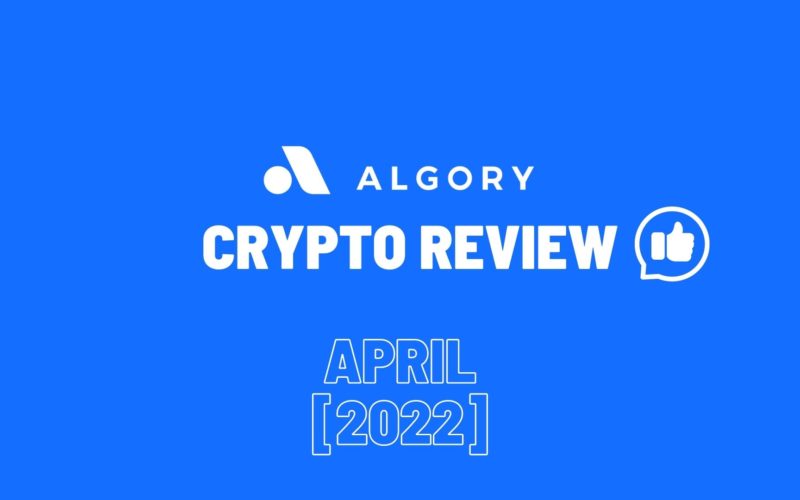 Let’s review the most interesting crypto news from April 2022. You can use Algory Crypto News Aggregator to stay up to date with the crypto world.

1. BAYC Instagram and Discord were hacked resulting in the loss of millions worth of NFTs

On Monday the 25th of April, 2022 the BAYC (Board Ape Yacht Club) was hacked, resulting in the loss of NFTs worth over 13 million dollars. The BAYC officials took to their official Twitter to warn the community about the hack. They made it clear that they were not conducting any mints on that day. They also warned the club members not to mint anything, click any links, or link their wallets to anything.

This was after they had discovered an ongoing hack in which an unofficial “mint” link was sent out to followers. Unfortunately, several followers had taken the bait and lost a lot of money. According to the said link, users could mint “land” in the upcoming OtherSideMeta that was set to launch later in the same week.  Anyone that clicked the link ended up with a compromised wallet. 54 NFTs worth $13.7 million were reportedly stolen. The hackers had posted a fraudulent link to a copycat of the BAYC website where users were prompted to connect their MetaMask wallets to the scammer’s wallet to participate in a fake Airdrop. Once the officials caught on, they alerted the community, removed all links to Instagram from their platforms, and attempted to recover the hacked Instagram account.

The officials immediately embarked on investigating how the account was compromised and contacting their affected users.

There is no arguing that the crypto sphere is crippled with hacks and thefts. However, every once in a while the stolen money is recovered thus giving us a ray of hope. Investors sighed with relief when Binance recovered some of the money stolen during the Axie Infinity hack in March. The funds were reportedly distributed over 86 accounts. The DPRK hacking group was starting to move their stolen funds and part of it made its way to Binance hence making it possible to recover 5.8 million dollars.

While this was only a small fraction of the stolen money, it was a step in the right direction. The Axie Infinity hack was linked back to North Korea’s “Lazarus ” hacker group. A total of $635 million was stolen making it one of the largest thefts in the Cryptocurrency industry. It was reported that once the hack was linked back to Lazarus, the U.S Treasury Department had sanctioned the funds. In the past, Lazarus has used Tornado Cash to convert stolen funds to Ether and other Cryptocurrencies. It is high time for something to be done about the state of security in the Crypto sphere.

3. Toyota and Nissan make their way into the Metaverse

Japan’s auto manufacturing giants, Nissan and Toyota, are some of the latest names to join the Metaverse. The Metaverse has become a major attention grabber lately, thus winning over millions of people and businesses all over the world. This means that both companies will be able to provide customers with virtual adventures. For instance, one might be able to participate in a car exhibition virtually.

Nissan and Toyota plan to take different approaches in how they implement the Metaverse technology. For Nissan, it is all about a virtual reality version of their showroom, which they will launch in Ginza, Tokyo. They have collaborated with the American platform VRC to make this project a success. Automobile releases, virtual showrooms, and similar activities are set to be conducted in the VR space.

Toyota on the other hand is going remote, they are focused on developing a remote working environment for several of its divisions and subsidiaries through a virtual workplace. Employees will thus be able to utilize avatars to engage in corporate meetings and engage with each other as if they are actually in a physical office. This is a very smart move especially post-COVID.

These were not the first car manufacturers to join the Metaverse world, they had been preceded by Ferrari, Volkswagen, and Mercedes-Benz. Hyundai is likewise preparing to enter the virtual space, indeed big players in the automotive industry are riding the Metaverse wave and we are here for it.

4. Mark Zuckerberg urges investors to manage their expectations about the FB Metaverse

Investors had a lot to say after Mark Zuckerberg told them to expect nothing from the Metaverse. He set a ten-year timeline for returns from Reality Labs. This was highly unusual because crypto and Blockchain have made a name for themselves as investment opportunities with immediate returns.

When the Meta (FB) project was made official, it hit the airwaves by storm; people thought that it would be the Bitcoin of virtual worlds. The company went through a rigorous rebranding process and investors were filled with nothing but hope. However, in their recent quarterly call, Zuckerberg stated that it could take anything between 7 and 10 years before the Metaverse produced any net revenue. For many hopeful investors, 10 years sounds a lot like never.

People are beginning to question whether Facebook’s implementation of the Metaverse was a genuine move or a distraction from public criticism about its social impacts. That recent statement raises a lot of questions while leaving a lot to be desired.

Snoop announced the launch of his new NFT collection on the Cardano Blockchain. The collection is called Baked Nations and it comprises limited edition pitches, iconic collectibles, as well as musical works that are yet to be released. He confirmed this move with a video uploaded on his Twitter account. It was a musical entrance video containing an animation sliding across the TV screen. Charles Hoskinson makes an appearance in the following scene. The ‘cameo’ from Cardano turns up and encourages both artists to join the platform. At the end of the video, Snoop makes a phone call to the founders of Cardano, saying that they will work together on the ADA Blockchain. Snoop Dogg is not only an accomplished rapper but also a true NFT investor, with the consistent support of millions of dollars poured into the collection.