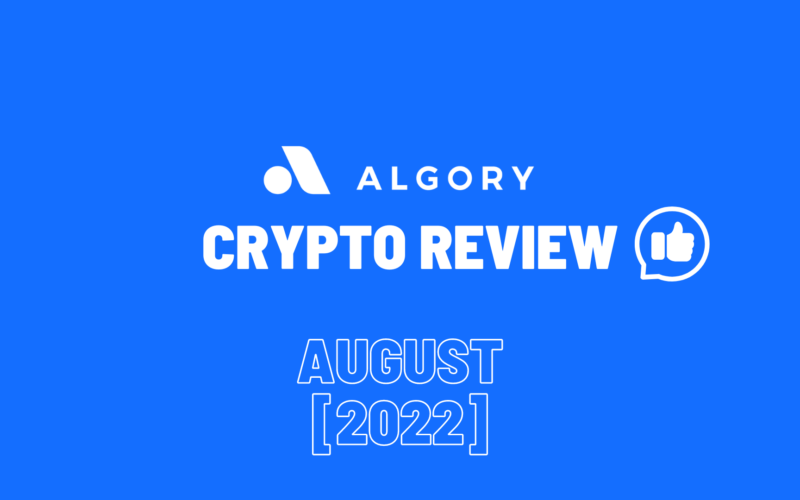 How are we already in the 9th month of the year? How fast time flies, it feels like just the other day we welcomed 2022. This has been quite the year, from an economic recession that shook the world to the war between Ukraine and Russia. So much has happened and much of that unveiled who we are at the core of our humanity.

The crypto scenery has also had a lot going on. From the usual hacks and attacks to new projects and individuals getting on board and so much more.

Let’s see what happened in August; here is a review of the most interesting crypto news from August 2022.

He claimed that his previous recordings were a setup by a third party to discredit the lawyer and his firm. He claimed that the recordings were heavily edited and there was minimal truth in them. He added that the statements in the video are false and were obtained through deceptive means including a deliberate scheme to intoxicate and exploit him using leading questions.

As of Aug 24, the new Mendoza tax Administration cryptocurrency payment service was turned on. According to a spokesperson, the new crypto payment service fulfills the strategic objective of modernization and innovation.

In a bid t give taxpayers different means to comply with their tax obligations, the service was set to officially accept stablecoins such as USDT for tax payments. Citizens can pay through the portal on the ATM website using any crypto wallets like Binance, Bybit, and Ripio.

Once the user has chosen Crypto as their payment option, the system sends a QR code, with the equivalent amount of stablecoins converted to pesos by an undisclosed online payment service provider. Once ATN has received the payment, a receipt is sent to the taxpayer.

The announcement by the ATM is just the latest in a long line of crypto-related adoptions across Argentina. Earlier this month, MasterCard had announced that it would launch a card supporting 14 coins including USDT in Argentina ahead of a wider rollout supporting 90 million online and physical stores.

Two Melbourne women took the internet by storm when they allegedly received an AUD 10.5 million deposit from Singaporean crypto exchange Crypto.com. Crypto.com has made an error in issuing an AUD 100 refund.

Instead of the refund amount, an employee allegedly typed an account number in the payment section resulting in an erroneous transfer to their bank account.

Court documents allege that the recipient used a portion of the funds to purchase a luxury mansion upon receipt.

It took several months before the error was discovered, however, by this point, it was impossible to reverse the situation.

The Indian Directorate of Enforcement from $47 million in the accounts of Vauld’s Indian branch until the exchange can account for the criminal proceeding it transferred out of the country. It announced that it had frozen the financial accounts of Bengaluru-based financial services company Yellow Tune Technologies, some of which were held by Flipvolt crypto exchange, the Indian branch of Singaporean Vauld.

The move is linked to an ongoing investigation into money laundering by China-linked instant loan companies. The Agency continues to take action in the crypto sphere in connection with that case.

According to a report from the country’s news Agency, the country’s customs authorities plan to prosecute two unnamed individuals linked to the illicit transactions, impose fines on seven people related to negligence and continue investigating the remaining seven.

For a while now, the Korea Customs Service’s investigation reportedly discovered more than 2.7 trillion won-roughly $2 billion at the time of publication -tied to transactions with domestic and foreign crypto exchanges.

According to a consumer watchdog group called Truth in Advertising, celebrities are promoting NFTs on their social media channels in an area “rife with deception”.  19 celebrities including Justin Bieber and Paris Hilton have been called out for allegedly promoting NFTs without disclosing their connections to the projects.

The list of celebrities includes athletes Floyd Mayweather and Tom Brady, music legends Eminem and Snoop Dog, and many actresses, including Gwyneth Paltrow. These individuals have all received letters requesting that they immediately disclose any material connections they may have to NFT companies or brands they have endorsed.

The group’s biggest concern is that the possible financial risks associated with investing in such speculative digital assets are not being disclosed.

According to reports, new regulatory guidelines on the marketing, advertising, and promotion of virtual assets have been released by Dubai’s Virtual Asset Regulatory Authority (VARA), the city’s dedicated cryptocurrency regulator.

The VARA referred to all outreach, communications, and advertising, as well as information sharing, awareness-raising, customer involvement, investor solicitation, and other activities, in the guidelines.

The rules apply to all virtual asset-related communications and organizations that post material on media websites, search engines, and offline and online distribution channels that cater to consumers in the Dubai market.