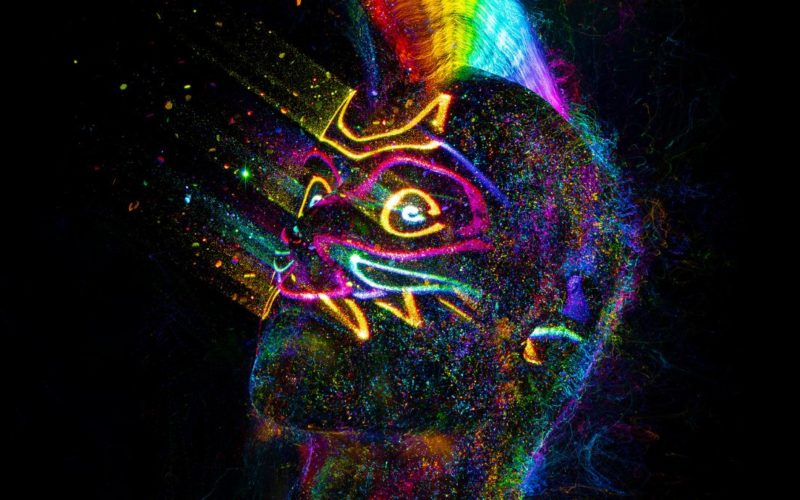 Despite being around for only a decade, NFTs have come a long way. Today, the sector’s far-reaching impact is hard to overlook as companies increasingly adopt NFT technology for their operations. Non-fungible tokens, or NFTs, were first conceptualized in 2012 with a project called Colored Coins, which sought to tokenize the Bitcoins generated in the first-ever block (Genesis transaction). Since then, the NFT market has made record sales year-on-year, and by that, selling the most expensive NFTs.

Some advancements in the sector, like NFT token standards, revolutionized NFT projects by simplifying tokenization and driving popularity. Key milestones among these advancements are the launch of the Ethereum network in 2017 and the subsequent introduction of NFT token standard ERC721. Before Ethereum, there were only a handful of NFT projects including, Rare Pepes and Crypto Punks. Today, there are thousands of NFT collections running on multiple blockchains.

Still, there are concerns about the worth of NFTs. While the vibrance in the NFT industry fluctuates as with crypto markets, the sector remains on a growth trajectory. In the future, there will be more expensive NFT sales than we will see here, and new technological advancements made. But before that’s done, we’ve curated a list of the most expensive NFTs so far. The costs range from $6 million to $70 million, and their ethereum-equivalent value at the time of purchase. No more spoilers! So, let’s jump right in.

The artwork is an illustration of the underworld’s ferryman transporting a person through the river Styx. The GIF is famous for the XCOPY’s flickering effects with a dark and abstract style which has been reproduced by other digital artists.

Crossroad is one of the most popular digital artworks by Beeple. The token was minted in October 2020 with the United States’ heated presidential elections fast approaching. Miami-based art collector Pablo Rodriguez-Fraile bought the token for $66,666 and flipped it four months later for $6.6 million amid the NFT hype.

The digital art depicted the chaotic 2020 presidential race that was marred with tension and sharp divisions among candidates and voters. The 10-second video shows a giant illustration of Donald Trump lying face down and his naked body covered in slogans. Beeple revealed that he had multiple versions of the digital artwork, in case the election results were different.

Punks with rare traits are among the most expensive NFTs. CryptoPunks #8857 is one of the 88 with zombie traits in the entire collection. Its rarity and the overall popularity around zombie NFTs made #8857 very valuable. Also, CryptoPunks are among the earliest forms of NFT collections, launching even before the ERC721 token standard for minting NFTs on Ethereum.

12. Right-click and Save As Guy

Right-click and Save As Guy is XCOPY’s second artwork on this most expensive NFT list. Minted in December 2018, the GIF art sold for 1 ETH in the same month and then for 99 ETH in February 2021. The NFT then sold for 1600 ETH in December 2021 ($7.09 million) to Cozomo de’ Medici. The owner is currently accepting offers.

This legendary artwork is a ‘take that!’ moment to NFT critics who question why someone should buy an image file when they can right-click and save the image in whatever name they wish, for free from the internet. Right-click and Save As Guy has been featured on a BBC World News item and also gets fame from its artist, XCOPY.

Canadian artist Dmitri Cherniak, creator of Art Blocks generated a 1000-piece collection, among them the Ringers #109. This token has been sold only once since minting in January 2021. The 2100 ETH sale was made in October 2021 and is the most expensive NFT from the Ringers collection.

Ringers #109 is popular for its complex art patterns of wrapping a string around a set of pegs. The piece is auto-generated based on a set of algorithms in Javascript. The artist, Cherniak, has worked in the crypto space since 2014 bringing a ton of experience and fandom to his collections. Despite criticism about the originality of the Ringers concept, this $7 million sale solidified Art Block’s reputation as a leading NFT project.

The NFT has some of the rarest traits in the CryptoPunk collection. Apart from being one of nine alien punks, other attributes like a forward-facing cap, a pipe, and small shades are quite rare in the collection.  CryptoPunk #7804, like other punks, is popular and highly demanded. Sooner or later, the token could sell for a higher price than it was bought and rank higher on the most expensive NFTs list.

CryptoPunk #3100 is valuable just for being part of this famous collection. Like CryptoPunk #7804, the #3100 is one of nine alien punks in the collection. The rare punk also features a headband, with only 405 other punks. Alien punks are the rarest, and as such #3100 could sell for a higher price. As you may guess now, there could be yet another alien punk on this list.

CryptoPunk #5577 is the one-of-two ape punks on this most expensive NFT list. The NFT was never sold even with bids as high as $122 million in August 2021, until February 2022 when it sold for 2501 ETH. It is thought that the NFT was purchased by the CEO of DeFi platform Compound Labs, Robert Leshner.

After the alien punks, ape punks are the rarest in the CryptoPunk collection, with only 24 out of 10000 items. Moreover, CryptoPunk #5577 has other rare attributes, including a cowboy hat which only 142 punks have. The surging popularity of ape punks, especially from the Bored Ape Yacht Club collection, has also led to demand for similar NFTs like CryptoPunk #5577.

The punk was popularized by NFT influencer Punk4156, and its sale created was the most talked-about in 2021. Adding to its online fame, CryptoPunk #4156 is 1-of-24 ape punks and features a bandana. These rare features, like for any NFT, drive up the token’s value. Currently, CryptoPunk #4156 is not listed for sale.

The Tpunk #3442 is a CryptoPunk knockoff that was bought by TRON founder Justin Sun. The punk depicts Joker and is pixelated as CryptoPunk characters. Tpunk sold in August 2021 for 120 million TRX, equivalent to $10.5 million, making it the most expensive NFT in the Tpunk collection.

Tpunk #3442 is one of 11 ‘justin’ punks in the 10000-piece collection. The knockoff collection is also popular despite its imitation of CryptoPunks. This $10.5 million purchase made Tpunks even more popular. Justin Sun donated Tpunk #3442 to a TRON-based NFT project APENFT. The purchase was more of a statement to establish TRON as a top NFT player amid the hype.

Arguably the most expensive NFT collection has yet another item on the list. CryptoPunk #7523 is an alien punk with one of the most striking features – a face mask. The punk nicknamed the ‘COVID alien’ became famous during the pandemic. The punk first sold for 8 ETH in July 2017 before this 4700 ETH sale. This sale was done by Sotheby’s, a fine arts company, in an auction dubbed the Natively Digital auction. As such, the sale isn’t captured on the blockchain.

CryptoPunk #7523 is already rare being an alien ape. Its face mask created cultural relevance amid the COVID pandemic, making the punk traits rarer. Only 175 characters have a face mask in the CryptoPunk collection.

CryptoPunk #5822 is the most expensive NFT from the popular CryptoPunk collection. However, this position isn’t cast in stone because the NFT or any other in its collection could sell at a higher price in the future. The punk is an alien, making that 4 alien apes from CryptoPunk in the top ten priciest NFT sales.

The punk was initially purchased for 8 ETH ($1646) in July 2017, followed by bids as high as $87 million in October 2021. It then sold for a record-setting 8000 ETH ($23.7 million) in February 2022. Like other alien punks in this list, CryptoPunk #5822 is rare. Apart from being 1 of 9 alien punks, the character also features a bandana. You can bet that other alien punks in the collection will be equally expensive.

’Human One’ by Beeple

Human One is a physical-digital artwork by Beeple. Released in 2021, the artwork is a sculpture featuring digital screens on the sides. It depicts an astronaut walking through a continually-changing background. The digitally-programmed backgrounds change with the artwork’s geographic location and time. It was sold in November 2021 for over $28 million via an auction by Christie’s called the 21st Century Evening Sale.

Human One is a one-of-one piece, and the first one by Beeple to include a physical piece. Apart from its rarity, the piece is a product of a renowned artist who’s made an even bigger sale than this, coming up in the list.

The Clock is the second-most expensive NFT to date. The artwork is a collaboration of Wikileaks founder Julian Assange and pseudonymous artist, Pak. The NFT was purchased by AssangeDAO, a decentralized organization created to fundraise legal fees for Assange. The DAO raised 16953 ETH ($52.7 million) which Pak donated to assist in Assange’s legal defense.

The Clock is a dynamic NFT that depicts a timer showing the number of days Assange has been imprisoned. The NFT’s cause received strong support from many who wanted to contribute to funding Assange’s legal defense. Pak’s anonymity and mystery also hyped the NFT, as is common with most anonymous blockchain projects.

Top of the list is Beeple’s magnum opus – Everydays: The First 5000 Days. This digital artwork went on auction at Christie’s, as the first-ever of its kind to be listed in a major auction house. Beeple created a collage of 5000 images from his Everydays series. The NFT received bids from many people including Justin Sun, founder of TRON blockchain. Ultimately, a Singapore-based programmer, Vignesh Sundaresan alias MetaKovan, won the bid for $69.3 million.

Everydays: The First 5000 Days is a unique, one-of-one artwork. The listing by Christie’s helped to legitimize NFTs as valuable art. Before this mega sale, Beeple hardly sold much as an artist. Overall, the most expensive NFT sale offered a new meaning to NFTs. It allowed digital artists to scale their markets by tokenizing their artwork as NFTs and selling to collectors and fans.

This list of the most expensive NFTs is dynamic. More NFTs are minted and more bids are made. These mega sales have established NFTs as valid pieces of art, and most importantly, a more decentralized way for creators to distribute their content to fans.

From this list, NFTs may be portrayed as very costly artworks. However, most NFT sales are below $200 – which is a decent price for the collectibles. Also, this list mainly features digital artwork and auto-generated avatars (like CryptoPunks).  But, there are other categories of NFTs, including music, trading cards, photography, sports, and domain names that power the Web3 revolution.

Stay up-to-date with the latest news and trending crypto insights by signing up on Algory. Here, you can access powerful and insightful resources to make your crypto experience seamless. Leverage the crypto scanner to make trades faster with high precision and filter through the news to make informed decisions to grow your portfolio.