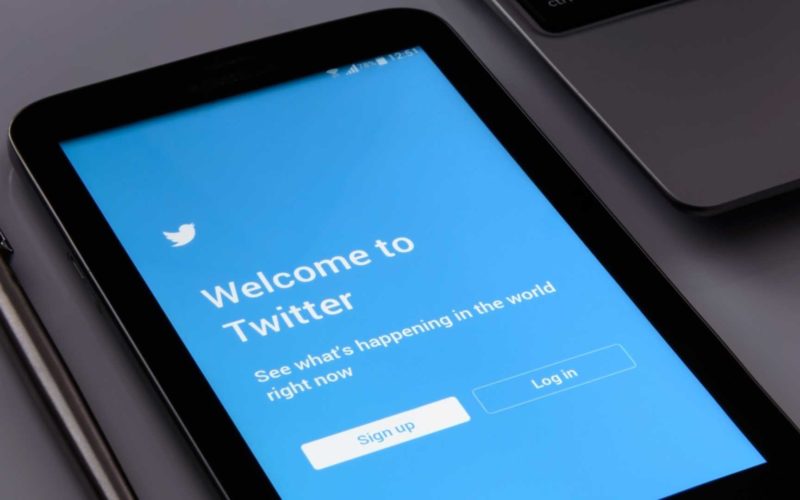 Crypto Twitter is ancient Greece’s Agora. Here, crypto citizens gather to discuss the industry’s subculture and their ultra-volatile disruptive assets. The gathering place has cryptophiles from every corner of the globe and has loads of opinions and debates.

The niche community is also the breeding ground for a wide range of social initiatives, memes, and speculative activities. Crypto Twitter influencers are vital to the expansion of this gathering. The best of them guides new antsy investors to the sector’s trading and investment opportunities.

They also keep the cryptoverse’s legendary community feel ablaze, often attaining large followings for their efforts. So, who should you know and follow on Crypto Twitter? Read on to find out.

You can find curated tweets from the accounts below presented in a convenient way at Algory’s news aggregator.

Vitalik Buterin wears many hats in the world of cryptocurrencies. He is the Ethereum visionary that co-founded the world’s most successful programmable blockchain. The 27-year-old also co-founded the famous Bitcoin Magazine and, in 2021, became the world’s youngest crypto billionaire.

He owns at least 352,000 ETH and has a $1.5 billion net worth. Vitalik is also famous for his humongous 50 trillion $SHIB donation to India’s COVID-19 relief fund.

The phrase “Vitalik is working on it” best describes his general persona; that of the wunderkind who has held Ethereum together from its zero value days, past the infamous DAO hack, to the invaluable but unscalable behemoth that it is today.

“Vitalik is working on it,” rang out on the German tech firm, Slock.it platform on that fateful Jun 17, Friday morning in 2016 when a hacker drained funds off the crypto world’s most successful crowdfunded project.

Vitalik has 3.3M followers, and his informative tweets excite blockchain and decentralization. His most popular tweet is the Jan 2, 2022 post that recaps his Twitter comments in the last decade. It has had over 6,555 retweets and 37K likes.

Vitalik predicts that the future of the blockchain is multichain, not cross-chain. Unfortunately, his sentiments have earned him some backlash from the budding crypto bridge or cross-platform ecosystem.

Nevertheless, Vitalik maintains that these bridges are highly insecure, and their vulnerabilities could create a systemic contagion that brings down the entire blockchain ecosystem.

Cointelegraph is the cryptocurrency industry’s most influential blog. It was launched in the formative days of the sector and has scaled alongside it, covering every important of the crypto world’s events and developments. Cointelegraph is also an independent blog unaffiliated with any blockchain or business.

It, therefore, offers authentic altcoin, mining, blockchain development, and cryptocurrency headlines and news. On top of that, Cointelegraph offers its readers a well-structured news feed. Its Twitter handle has 1.6 million followers.

Elon Musk fits the crypto Twitter influencer bill much better than @VitalikButerin does. As per the Oxford dictionary, an influencer is a person that influences another. Elon Musk has a unique ability to bend crypto social media to his whim.

The crypto world first felt the Elon effect when his Feb 6, 2021 tweet “Dogecoin to the Moooonn” gave DOGE values a 35% value boost. In March 2021, announced that Tesla could make BTC payments. The king of crypto soared to $65,000 within a month of his tweet.

Musk would later retract this statement and cancel BTC as a Tesla payment option. He even sold off some of his BTC holdings. The Elon effect had BTC prices plunging from $56,800 to the $49,000 range in hours.

While the “dogefather’s” impact on cryptocurrency prices has diminished over time, his tweets still elicit much FOMO. As an illustration, Elon wrote a tweet about Floki, his dog, in December 2021. As a result, the crypto-token Santa Floki, named after his canine, surged by 4,000%.

However, the ‘Elon effect’ is not limited to crypto circles. He has the Midas touch and transformed SpaceX and Tesla into a massive empire. He is worth $233.6 billion and has over 74.5 million Twitter followers.

Should you follow Elon for crypto content? Maybe not. But his tweets can easily trigger a rally, so every trader should keep him on their radar. In addition, Elon predicts that there will be crypto mass adoption in the future.

Michael Saylor is CEO at MicroStrategy, a business analytics firm. He made a fortune from the Internet bubble. He also made timely BTC investments in 2019. Saylor privately owns 17,732 BTC, while MicroStrategy has over 122,478 BTC in its vaults.

Saylor is a bitcoin evangelist and a true HODLer. He predicts that BTC will eventually sell at $6 million per token. Saylor Twitter feed is a bitcoin market news feed. His tweet, #bitcoin is forever, was one of 2021’s crypto Twitter’s most influential tweets. He has 2.2 million followers.

Adam Beck is one of the blockchain sector’s most celebrated developers. Adam is a bitcoin bull, and he is a to-go source for popular BTC debates. He had predicted that BTC would possibly cross the $100,000 mark in 2021. The Blockstream CEO was one of the first bitcoin investors and one of the very few people that received an email from Satoshi Nakamoto, the Bitcoin creator.

Josh Olszewicz is a crypto trader and blogger at Brave New Coin. He is a self-taught trader, and his feed has choice cryptocurrency fundamental and technical analysis for the day trader. Therefore, he spends his days poring over graphs and charts and is a great source of volatility and price movement data.

He has 148.7K followers, and his YouTube account, carpenoctom, also has loads of free technical analysis content and market updates. Olszewicz is an OG and has HODLed through several BTC crashes, including the 2013 crash and consequent bear market.

Roger Ver, aka Bitcoin Jesus, could be worth over $430 million. He is one of the crypto world’s wealthiest people and one of the most controversial. Nevertheless, Ver is one of the sector’s earliest investors. He has stakes in large crypto firms like Ripple, Kraken, and Blockchain.com.

He earned the title Bitcoin Jesus for his dedication to bitcoin and its hard fork, bitcoin cash. Ver touts BCH as the solution to BTC’s speculative features that have robbed it of its p2p cash payment network status.

His Twitter feed is libertarian and anti-establishment. He predicts that Bitcoin Cash will eventually power the sector’s on-chain p2p payment needs.

Ver is also a philanthropist. He gave over $3 million to the libertarian think tank, Foundation for Economic Education. He has served a 10-month jail term for unlicensed sales of explosives on eBay. Ver has a massive 742.6K Twitter following.

Laura Shin is a crypto-journalist and host of the popular Unchained podcast. Laura is a Stanford graduate and the author of The Cryptopians, her take on Ethereum’s rather messy rise to fame. Her feed is journalistic and has lots of crypto-related ethics debates.

Laura has BTC and ETH investments and has 192.5K Twitter followers.

Andreas M. Antonopoulos is one of the most popular Bitcoin apologists. He fell head over heels with BTC in 2012 and has not looked back. He hosts the Speaking of Bitcoin podcast and frequents conferences spreading the word about bitcoin.

Antonopoulos has published over 200 articles on computer science and distributed networks. He has also authored the Mastering Bitcoin and The Internet of Money books. Andreas is an active social media user and has over 708.9K followers.

His feed is bitcoin and blockchain-oriented. He is one of the best crypto Twitter influencers for beginners that want to understand how blockchain and crypto works. On top of that, he has lots of live streams, interviews, and Q and As on his channel. He has a $50 million net worth.

Changpeng Zhao is the CEO of the world’s largest cryptocurrency exchange and the most popular of all crypto Twitter influencers. Cryptophiles refer to the 44 years old simply as CZ. He is the crypto verse’s face of strength in adversity.

Binance has faced severe backlash from various financial industry regulators. In 2017 China banned CZ’s Binance. Binance later moved its base to Japan, then Malta, and thrived despite constant regulatory scrutiny.

CZ’s net worth is $96 billion making him richer than Mukesh Ambani, Asia’s richest business mogul. He is also wealthier than Mark Zuckerberg of Meta or Sergey and Larry of Google. However, the $96 billion net worth is a conservative estimate because it does take into account his BTC stash, bought back in 2014. CZ says that he does not hold altcoins in his portfolio besides Binance’s native token, the Binance Coin (BNB).

BNB has surged in value, rising by 1,300% in 2021. CZ is super active on Twitter and has 5.2M Twitter followers. His feed has insightful blockchain social and economic culture tweets on Binance and the larger crypto market. CZ is a BTC bull and has a near-term $400K BTC prediction.

Anthony Pompliano or Pomp is one of the best crypto Twitter influencers. He is so popular that he is the sector’s Secretary of state. Pomp has over 1.5M Twitter followers. He is a partner at Morgan Creek Digital and has built and sold a slew of other companies.

Morgan Creek is a hedge fund that invests in blockchain projects. It also has a digital asset management arm. The crypto-verse trusts him due to his immense dedication to crypto industry education.

Pomp provides daily crypto industry news on podcasts and newsletters to institutional investors. He has worked at Facebook and Snapchat, so he takes to social media like fish to water.

The social savvy influencer posts “long BTC, short bankers” and “Week in crypto tweets that offer users an optimistic and up-to-date market perspective. Anthony Pompliano’s net worth is $200 million. Like CZ and Andreas M. Antonopoulos, he has made predictions that BTC will cross the $100 million value and rise to $1 Million in the near future.

Guy, the Coin Bureau guy, is one of the most popular crypto YouTubers. He is the face of Coin Bureau and has 638K followers on Twitter. Guy is crypto learner’s to-go-to guy for industry news on new projects, their use case, investment potential, scam metrics, and competition.

In addition, the Coin Bureau Twitter handle has a lot of information on the benefits and risks of various blockchain protocols and crypto trading technical analysis.

He predicts that Cardano (ADA), Polkadot (DOT), and Litecoin (LTC) will have a good run in 2022. He also says that 2022 will be the year of the DAO as regulators close in on DeFi.

Crypto Twitter is the to-go-to space of up-to-date and informative market news. It is the sector’s own Bloomberg Terminal serving real-time happenings from analysts, developers, investors, industry leaders, and crypto Twitter influencers.