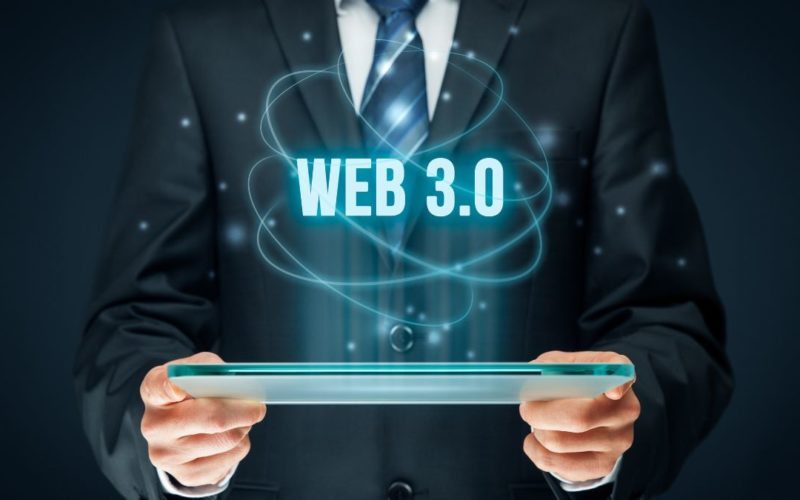 Imagine a new kind of internet that not only correctly translates what you enter, but also understands everything you communicate, whether through word, voice, or other forms of media; one in which all of the stuff you consume is more specifically suited to you than it has ever been before. At this point in the development of the web, a transition into a new phase is about to become inevitable. The term “Web 3.0” was coined by a few early pioneers.

There are probably already a few applications that are in the early stages of development for Web 3.0 technology, but until the new internet is completely integrated into the web infrastructure, it will not be possible to evaluate their full potential.

The term “Web 3.0” refers to the upcoming third generation of the internet, in which websites and applications will be able to process information in a smart and intuitive manner, similar to that of humans, thanks to developments in areas such as machine learning (ML), big data, decentralized ledger technology (DLT), and other areas. Tim Berners-Lee, inventor of the World Wide Web, initially referred to Web 3.0 as the Semantic Web. The goal of Web 3.0 was to create an internet that was more independent, intelligent, and open.

The definition of Web 3.0 technology can be broadened as follows: data would be networked in a decentralized form. This would be a significant improvement over our current generation of the internet, known as Web 2.0, in which the majority of data is kept in centralized repositories.

In addition, both individuals and machines will have the ability to engage with the data. However, in order for this to take place, the programs will need to comprehend the information on both a conceptual and a contextual level. Keeping this in mind, the two fundamental components that make up Web 3.0 are the semantic web and artificial intelligence (AI).

Web 3.0 aims to make Internet searches significantly quicker, simpler, and more effective so that even complicated search words may be processed quickly.

Web 3.0 lacks centralized web servers and databases for storing application state and backend logic, respectively. Instead, there is a blockchain that can be used to create apps with a decentralized state system that is run by anonymous web nodes.

The development of Web 3.0 technologies:

Web 3.0 will emerge as a natural progression of current web tools mixed with cutting-edge technologies like blockchain and artificial intelligence, as well as from consumer connectivity and rising internet usage. Internet 3.0 appears to be an improvement above web 1.0 and 2.0.

Despite just providing access to a small amount of information and requiring little to no user input, Web 1.0, also known as the Static Web, was the earliest and most trustworthy internet in the 1990s. Making user pages or simply commenting on articles wasn’t common back then.

Users found it very challenging to locate pertinent information in Web 1.0 because there were no algorithms for sorting internet pages. Simply described, it resembled a one-way street with a little pathway where a few few created the material and the majority of the information came from directories.

Thanks to developments in online technologies like Javascript, HTML5, CSS3, etc., the Social Web, also known as Web 2.0, made the internet much more interactive and allowed companies to create interactive web platforms like YouTube, Facebook, Wikipedia, and many more.

Since data can now be distributed and exchanged between different platforms and applications, this paved the way for the development of social networks and user-generated content.

A number of web inventors, like the aforementioned Jeffrey Zeldman, invented the technologies that are used in the current internet era.

The next stage of the web’s development, known as Web 3.0 technology, aims to give the internet a near-human level of intelligence by using AI systems to run clever applications that can help users.

The Semantic Web is intended to “automatically” interface with systems, people, and domestic appliances, according to Tim Berners-Lee. As a result, both humans and machines will be involved in the content development and decision-making processes. This would make it possible to intelligently produce and provide highly-tailored content to each and every internet user.

We must examine Web 3.0 characteristics in order to fully comprehend the future phase of the internet:

Being or having the ability to be everywhere, especially at once, is referred to as ubiquitousness. To put it another way, ubiquitous In that way, Web 2.0 is already pervasive. For instance, a Facebook user can instantaneously take a photo and publish it, making it pervasive because it is accessible to everyone, anywhere, who has access to the social networking platform.

Simply said, web 3.0 goes one step further by making the internet available to everyone, anytime, anywhere. Internet of Things (IoT) technology will eventually lead to the emergence of numerous new categories of smart devices, so that internet-connected gadgets won’t be limited to computers and smartphones in the future like they were in Web 2.0.

The study of word relationships is known as semantics. Berners-Lee claims that the Semantic Web makes it possible for computers to examine vast amounts of Web-based data, including content, transactions, and links between people. How would this actually look? Take these two statements as an example:

Although their syntax may be different, their semantics are essentially the same because semantics solely deals with the content’s meaning or emotion.

Machines would be able to decode meaning and emotions by analyzing data if semantics were applied to the Web. Because of improved data connectivity, internet users will enjoy a better experience.

AI is defined by Wikipedia as machine intelligence. Web 3.0 also creates intelligent machines because it allows machines to read and understand the meaning and emotions that are expressed by a collection of data. Even if Web 2.0 offers comparable capabilities, it is still largely human-based, which leaves room for dishonest practices like biased product evaluations and rigged ratings.

Following the Gamespot trading fiasco, Google’s AI system recently erased around 100,000 negative evaluations of the Robinhood app from the Play Store after it discovered attempts to artificially lower the app’s rating. This is artificial intelligence (AI) in action, which will soon be smoothly integrated into Internet 3.0, allowing blogs and other online platforms to sift through data and customize it to each user’s preferences. AI will eventually be able to give users the best filtered and impartial data possible as it develops.

Web in space and 3D graphics:

Web 3.0, which aims to blur the distinction between the physical and the digital by modernizing graphics technology and putting three-dimensional (3D) virtual worlds into sharp relief, is also known as the “Spatial Web” by certain futurists.

In contrast to its 2D counterparts, 3D visuals provide a new degree of immersion in a variety of fields, including e-commerce, real estate, health, and futuristic gaming apps like Decentraland.

These are some of the top web 3.0 projects need to be check out:

Be up to date with web 3.0 developments:

To find out more info regarding web 3.0 technology you can use Algory crypto news aggregator. It gives you the most important news from crypto and blockchain in one place from multiple websites and social media with a lot of useful filters. You can sign up for free.